You are here: Home / Blog / How to Get a Tinder Hook Up, Based on Your Tinder Photos: A Woman’s Perspective 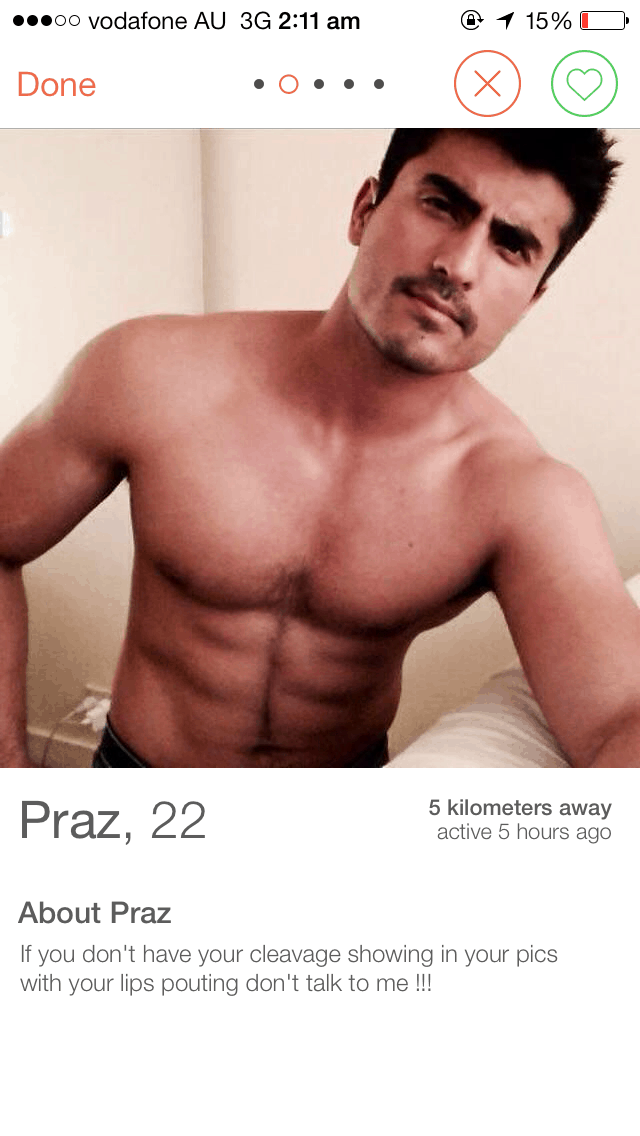 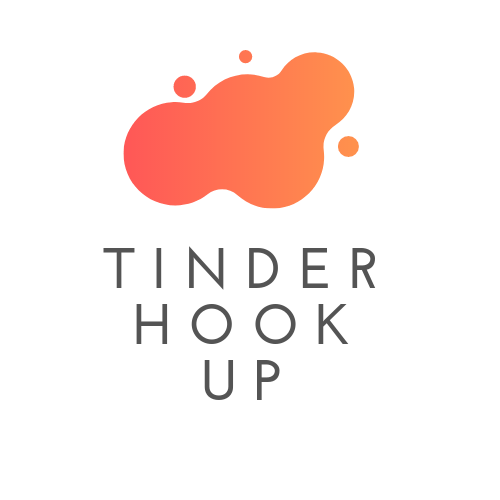 I am, indeed, a woman. I am also a woman who has been using Tinder for a considerable
amount of years for an array of different purposes.

When traveling, I have managed to make some good friends, male and female, on Tinder. I’ve
also found Mr. Right Now on Tinder. But what people are mostly after, are a Tinder hook up.
And you’d be correct to assume that I have had a fair share of these in my day.
That, coupled with the fact that I am a sexual health writer and researcher with a degree in
psychology makes me somewhat of an expert when it comes to guaranteeing a Tinder hook up.

Men & Women and Their Tinder Hook Up Methods

For most men, Tinder is merely a game of ‘swipe right’ on every profile, in hopes of getting a
match. And it is only once a match has been formed that they tend to take a closer look at the
profile in question. Only then do they decide whether they want to talk, meet, or hook up
with their match.

For women, it’s more often than not, the opposite. Women are more meticulous when it comes
to ‘swiping right’. This is because they’re somewhat used to (even bored of) receiving seemingly
endless messages from guys they’re not interested in.

Not only that, but women have a much higher chance of getting matches, meaning that they
have just a little bit more control and freedom when it comes to Tinder hook up vibes.

Women are more likely to look at your pictures and decide what kind of guy they’re
dealing with. They’ll probably read your bio too, making those two things the most important
ingredients in the success of your profile.

With that, here’s a cheat sheet of the different kinds of Tinder profiles I, too often than not, come
across, and the general consensus when it comes to their success rate for a Tinder hook up.

Men who have photos of themselves without a shirt indicate that they’re looking for one thing…
a Tinder hook up. And that’s totally fine if the woman viewing your profile is into it too. 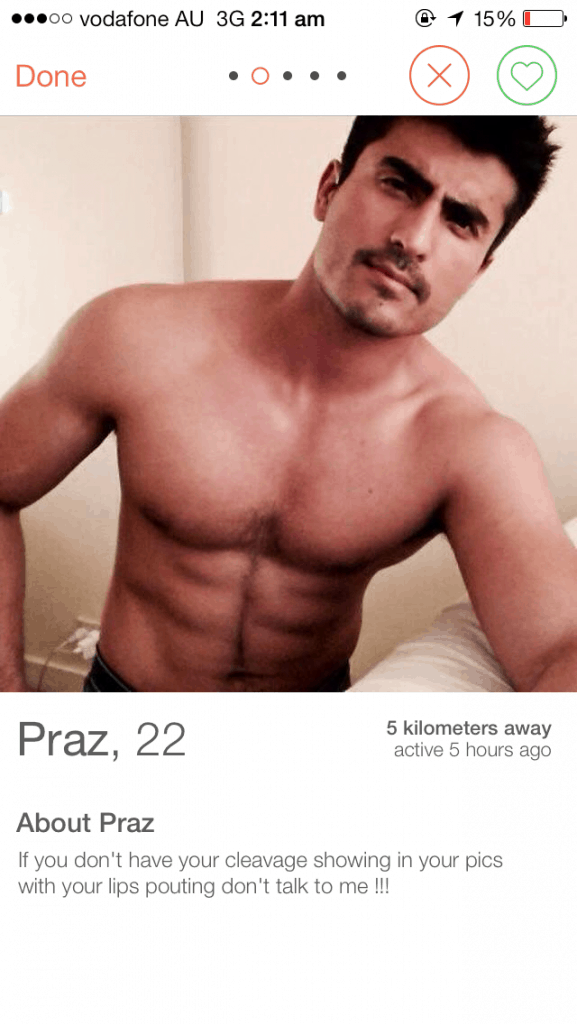 The thing is, this kind of Tinder photo is prone to attract a certain type of woman. One that is
either super impressed with guys who have nice bodies, or one that is looking to get all up on
that.

The intention is pretty clear, which is good in a way if you’re looking for a Tinder hook up.

Variety is the spice of life, so when it comes to different people in the world, the fact that some
are obsessed with working out and looking good is pretty cool. I can respect that. But
when you post photos of yourself in the gym, some women tend to find it rather… conceited.

Not just that, but there’s a stereotype that says guys who are crazy for the gym are all about
locker room culture and proving their manhood. Some women may even go as far as to say that
men who try too hard to show off their gym physique may be overcompensating for something… 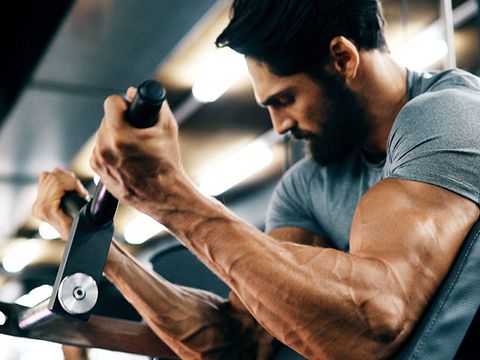 Despite all this, it does give off a vibe that you’re either looking for a Tinder hook up or that
you’re looking to find someone who is equally as interested in fitness as you are. The chances
of finding your kind of gal with these kinds of pictures may then work in your favor.

Most of the time, a car selfie comes with duck lips. I don’t know why it just does. Male model
shmodel trying to look sexy… with it actually working say, 30 percent of the time. 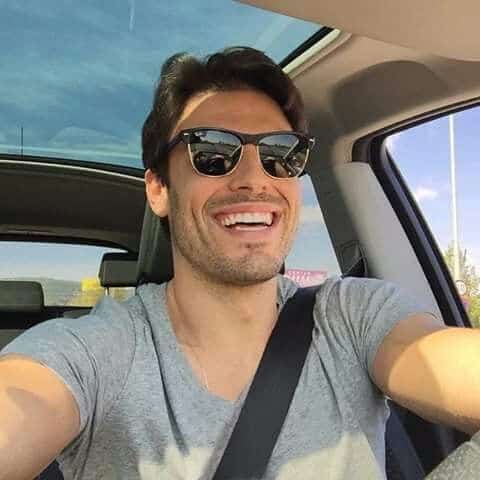 This type of Tinder photo will, too, attract a certain type of woman. One that may be obsessed
with looks – their partner’s and their own, and those who can appreciate the smoldering look.

But in all seriousness, a smart woman who is looking for intellectual matches will most likely not
swipe right.
For that reason, a car selfie could prove to be successful in finding a Tinder hook up, but don’t
expect mental stimulation.

Tinder is filled to the brim with men posting photos of themselves in-action. Surfing, rock
climbing, zip-lining, or participating in another kind of sport. These kinds of photos give off the
vibe that you’re adventurous, fun, and you seek to match with women who are equally as active. 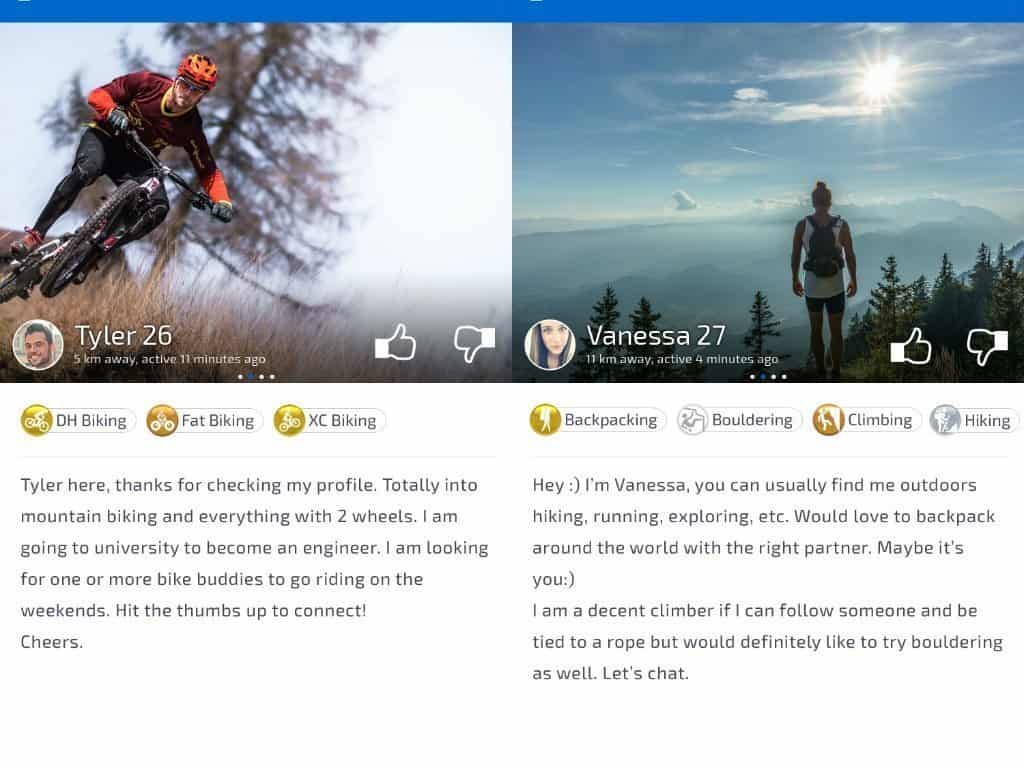 The chances of getting a Tinder hook up from these photos are not too bad in actuality. For me
personally, if I am looking for a long term relationship, an ongoing friendship or even friends
with benefits, I tend to swipe left on these photos – and that is only because I don’t want to seem
more lazy than my new bestie or bf.

But when it comes to a simple one-time Tinder hook up, these types of guys look good and
they’ll definitely serve their purpose for the night… without giving off that douche vibe, like the
gym or car selfie.

Women, in general, are suckers for animal lovers. By having one or more photos of yourself
with a pet will not only show that you have a kind and caring side but will also boost your
chances of finding a Tinder hook up. 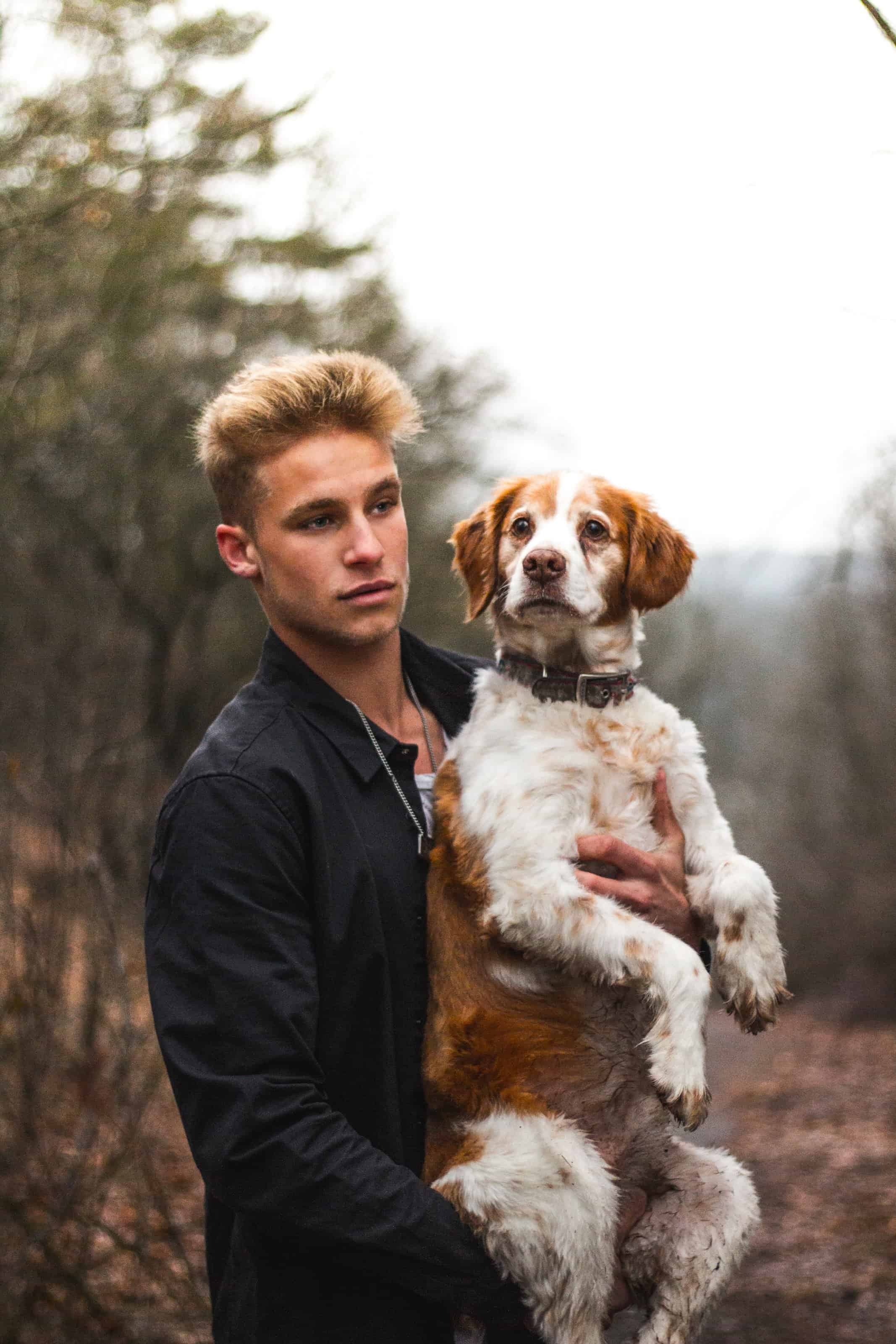 I cannot tell you how many times I, my female friends and my guy friends, have found
successful one-nighters solely because they matched with someone who had a photo with an
animal.

The key to this, however, is using the fact that you’re a nice guy to win over your match. Many
women like to feel secure, and they want to feel like their match is genuinely interested in
chatting and getting to know them. Women don’t want to feel like a slut, even when they’re just
looking for a one night stand.

In short, this kind of Tinder profile will work magic for you, if you play it from a nurturing angle.

This is the type of guy whose Tinder photos are of him out and about with his friends, partying,
or at social events. Sometimes they’re dressed in smart attire – which makes them look

extremely dapper. Other times, they’re in party gear, or even doing something silly like being
photographed mid-air during a skinny dipping experience. 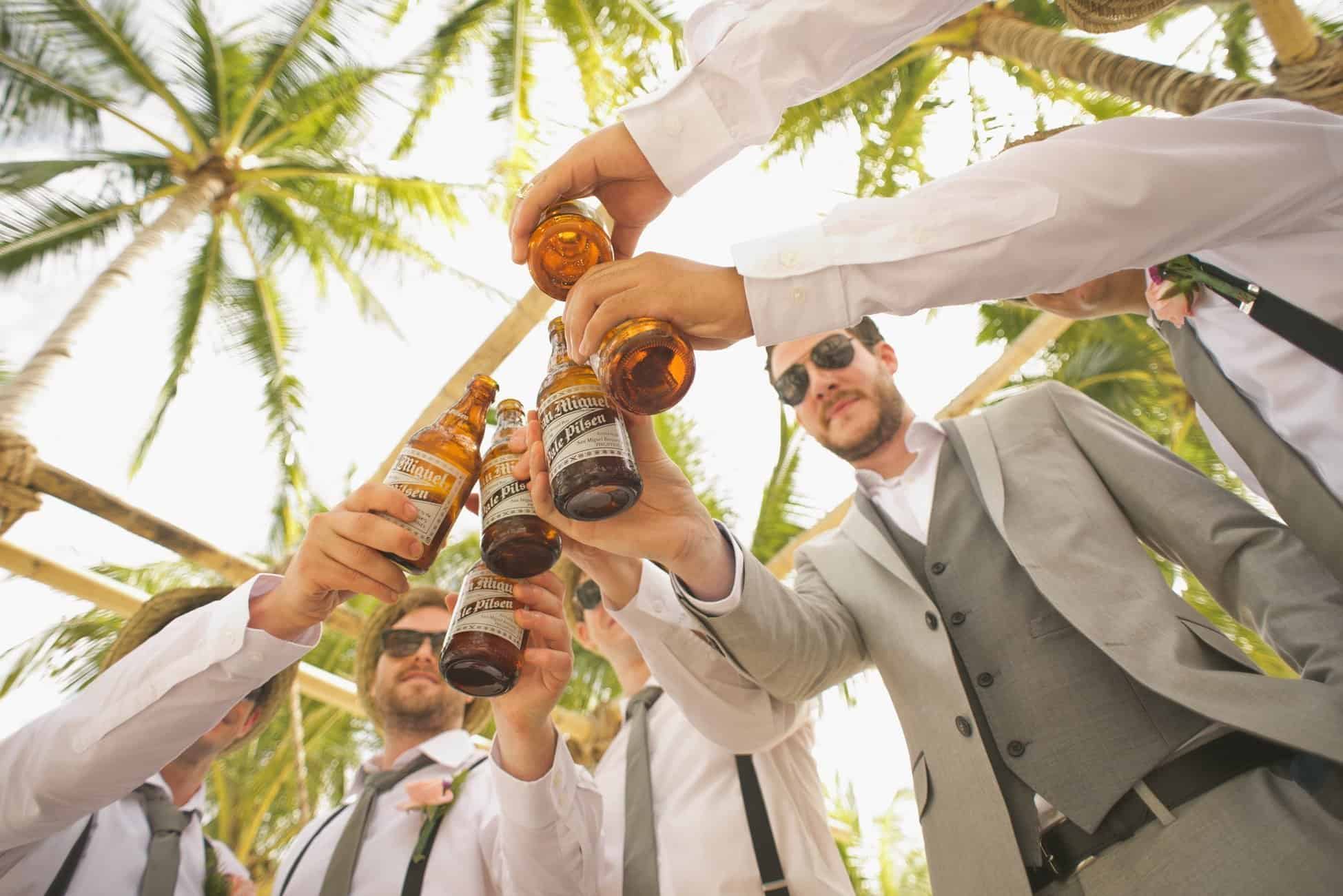 These types of photos are great and will attract women who are equally as fun and
light-hearted. Not only that, but you’ll find matches who are looking for playful encounters – be it
for one night or more.
A Tinder hook up with this kind of profile isn’t a sure-fire bet though. It all depends on the type of
match you’ve got, and how you’re presenting yourself.

Some (actually, most) women don’t care much for a guy who is wearing their best tropical shirt
whilst vacationing with pals on the beach. They come across as ‘one of the boys’, which
oftentimes equals douche to a woman.

For those who don’t post any photos of themselves on Tinder… good luck. As soon as a profile
without a photo, or one that contains different memes, appears, it’s a no-go. Come on guys,
your chances are lower, to begin with, and you’ve got to compete with all of the above.

With that, the success of a Tinder hook up with no photo or an array of memes will not get you
far… even if you have a bio.

So, now that you know all about the way in which your photos can attract a woman for a Tinder
hook up, here are some other helpful tips to getting what you want…

5 Tips on How to Get a Tinder Hook Up

Don’t get fixated on one match, because this is putting all of your eggs in one basket. There’s
enough to go around… a sea of Tinder matches to chat to.

Increase your chances tenfold by talking to different matches at the same.

2. Be Open, Direct, and Honest

The worst thing for a woman is investing time and energy into someone who comes across as
genuinely interested in getting to know them, and then after a few hours or days, having them
say that they’re only looking for fun.

People, not women – people, don’t like time wasters. Now I am not saying that you should go
right ahead and ask your match if they’re DTF. No.
Here are some great examples of how you can be honest and direct, without looking like a dick:

This may seem a bit counterintuitive, according to the above point, but mentioning sex
straight off the bat is different from being open and honest. There’s a right way to do things,
and a wrong way to do things.

By simply saying, “Hey, are you DTF?” or “You’ve got nice tits, wanna hook up?” you
may strike lucky, and find someone who is literally only looking for a simple Tinder hook
up. But the chances are low because these lines will make you look like a douche.
Simple.

According to a study, the majority of Tinder users are merely looking for a way in which
to boost their confidence while procrastinating. For that reason, say something that’ll
make her feel good and comfortable.

Avoid complimenting her on her looks though, as it may appear ingenuine.

Instead, use something like: “Aww! Your pup is so cute, you must love it loads!” or
“You’ve traveled a lot, you look like someone who knows how to have an adventure”.

5. Have a Good Tinder Bio

Sure, a photo has the ability to speak a thousand words, but a Tinder bio is
essential. This is because a woman wants to know that she’s not dealing with an a-hole.

And even if you’re only looking for Tinder hook up, as long as you’re still a nice guy…
you can most certainly get what you want.

A good tinder bio will have information about you that isn’t sex-related.

You see what I did there? This Tinder bio gives insight into who the person is while
casually hinting at the fact that they’re open to a Tinder hook up.

So, are you ready to spruce up your Tinder profile with a brand new set of pics, better pick up
lines, and a bit more depth?

All it takes is being a nice person who is direct, open, and honest, and you can most definitely
succeed in finding a Tinder hook up or two!